How to Fight A Traffic Ticket In Court 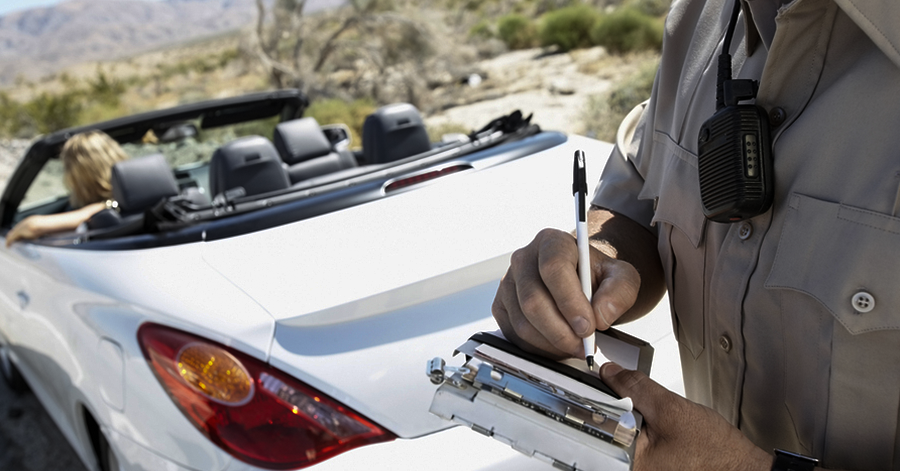 If you’ve been pulled over for a traffic violation – which can include anything from a broken headlight to a DWI – you know how it can result in fines, points, or even jail time.

While sometimes the ticket is justified, there are instances in which fighting a ticket based on an extenuating circumstance is a good course of action.

For example, there are differences between the reading you may see on your speedometer and the way an officer calculates speed. If the calculation is being done by a pace car, the pace car has to speed up to get to you which means there is a margin of error between your speedometer and a radar gun. Plus, the radar must be used by a qualified operator and it has to be tested regularly, which means that there are a number of extenuating circumstances that can affect the outcome of your traffic ticket.

Other times you may know you were flat out caught doing something you shouldn’t have been doing.

Either way, there are key tactics that can help mitigate the repercussions of a traffic ticket, all of which mean going to court to fight it.

While you may be able to fight the ticket on your own, or even have it dismissed on a technicality if you’re lucky, hiring an attorney to fight for you leaves you with a vastly increased chance of success. Here’s how having an attorney fight your traffic ticket in court can help reduce negative consequences.

Wondering if extenuating circumstances play a role in your case? Let's talk about your options.

As a rule of thumb, if there is any chance the infraction will cause you to lose your license, you need to hire a lawyer.

Infractions such as parking tickets, or even a first-time cell phone offense do not require an attorney in order to fight it. But there are a few benefits of having an attorney in court that most civilians are not aware of.

For one, lawyers are privy to the knowledge of certain downgrades in charges that judges can issue which you might not be aware of. Hiring an attorney not only gives you an avenue to those downgraded charges, but also increases the likelihood a judge will consider negotiations, as the judge has most likely dealt with the attorney in traffic court before.

This familiarity also comes in handy in determining when your case will be heard. Because judges tend to pay attention to lawyers first, your case may be moved to the top of the docket, cutting your time spent in court significantly.

If the debate becomes heated, or if tension is rising in the courtroom, an experienced attorney can defuse the situation. By establishing a calm atmosphere, a lawyer ensures your case is clearly heard, which often results in a positive outcome.

Just because you made a mistake doesn't mean you're stuck with the worst possible penalties. Contact us to find out how we can help.

Out of all the potential traffic citations, speeding tickets are the most common. However, this doesn’t mean they are impossible to fight.

As set-in-stone as they may seem, by not fighting speeding tickets, you could subject yourself to paying more in fines and insurance fees, as well as tacking on more points to your license. An attorney can help lower the fine, thereby saving you money and insurance points.

The advantages of hiring an attorney only increase as the charges become more serious. For instance, if you’re charged with being uninsured, but in reality didn’t have the documents to prove insurance at the time of the stop, or if you failed to renew your insurance, a lawyer will know that these are two different charges.

By helping you obtain the downgraded (and correct) charge, as well as guiding you in taking the proper steps beforehand (such as restoring your insurance), a lawyer can save you the stress and inconvenience of a suspended license.

Another charge with serious repercussions is a DWI.

While it may seem standard practice to hire an attorney after such a charge (or you will likely receive the maximum penalty), hiring the right attorney can make a significant difference.

Experienced lawyers know that with a DWI charge, the state must prove certain conditions. Different BACs (Blood Alcohol Content) correlate to different lengths of suspension and sentence. A lawyer can help to minimize your sentence by limiting your exposure.

If it is a third time offense, hiring a lawyer may open up the possibility of going to rehab rather than prison. Generally, when it comes to DWIs, hiring an attorney is the best course of action towards a favorable outcome.

So if you get a ticket, know that the fees, fines, time, and energy associated with the citation are not set in stone.

Calling a lawyer who is familiar with the local court system, knows judges, and is experienced with traffic ticket law can not only help you deal with the repercussions faster, but also ensure you get the best outcome possible.

If you want to fight a traffic ticket in court, whether for speeding, lapsed insurance, DWI or other violations, contact us for a free consultation and let us fight for your rights.